Teachers, you all know that teaching history can be a challenge. After all, with Facebook and reality TV in kids’ lives, history just seems so…yesterday! Nothing can bore a kid faster than the idea of textbooks, note-taking and unit tests. But, there is a better way!

Here is a research project that will not only foster kids’ creativity, but will also put them into the driver’s seat of their own learning about the past. It’s called the Multigenre Research Project, and while I designed it for Middle School, it could easily be adapted for upper elementary or high school, as well. Here are the steps to complete the project:

Read a Historical Novel or Biography

Students should choose a book that is set in the historical period that the project should cover (as decided by you, the teacher). Both historical fiction and biographies cover “real life” historical issues that people lived through. It’s important that kids begin their historical journey by walking in someone else’s shoes; they’ll need that perspective later in the project.

After reading, kids should choose an important topic or social issue covered in their book: What important facts jumped out? What struggles did the main character go through? For example, was the book about children during the Civil War? Was the book about soldiers who fought during the Revolutionary war? Keep the topic narrow. 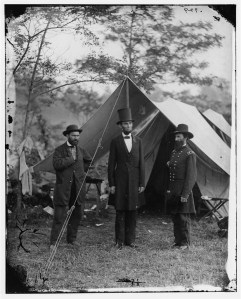 Now is the time to find out all there is to know about the topic. Use the Internet to find articles, videos and pictures about the topic. The more knowledge kids have about their chosen idea, the better they will do in the next step.

Here comes the really fun part! Let kids jump into the time machine of their own minds and create four to five creative original pieces. Kids should write (or draw or sing or act) from the point of view of someone in their historical era. Some ideas for them to think about:

• Write a poem or short story as an historical character

• Create a timeline of the era

• Create an original magazine from the era

• Write a letter to a prominent figure of the era

• Draw a picture of a historical person from the era

Finally, kids will package up their work in a super creative way that fits the topic. For example, if the project was on American Soldiers during World War II, creatively

package the pieces in a knapsack or backpack. If the topic was on families during the Great Depression, kids can frame drawings, poems and letters like family portraits on a display board. And Marie Antoinette findings, for example, could be fittingly collected in a jewelry box (or cake box!). The ideas are as endless as a student’s imagination!

Empire: a Great Game for the Last Week of School!

Comment on this post to be entered to win a $20 School Box Gift Card! Winners are chosen each month.

Here’s a game your class will enjoy during the last week of school! It’s a great way to celebrate the community you’ve built throughout the year and get to know. The whole class can play: the more people you have, the better. And it will work well in many grades: upper elementary, middle and high.

Materials: You don’t need much! You only need one slip of paper and any type of writing utensil per Guesser.

How to get started: Guessers will write a name on a piece of paper. The name should be of a person that everyone would/could know–such as the name of a well-known famous person, a person from history (this could be a requirement if you’re playing this during history class), cartoon characters, movie characters, etc. Students should keep their name slip a secret and not tell or show anyone.

Goal of the Game: Guessers will try to match the famous names with the correct classmate who wrote each name. This will show how well they know each other!

What to do next: The “reader” will then collect all of the names and read each name aloud. Read all the names aloud a total of three times through. Everyone else should listen and try their best to remember as many names as possible.

Let the guessing begin! Decide who should go first; the student with the birthday closest to today’s date is always a good way to decide. One student will go first and try to guess who wrote a particular name. Each student’s turn after the first will be determined by the game’s outcomes. The first student’s turn will consist of them guessing who wrote a particular name. For instance, Guesser #1 may ask, “Sally, did you write Johnny Appleseed?” Sally will then have to answer to that Guesser whether or not she wrote “Johnny Appleseed” on her slip.

Guessing RIGHT: If Sally did write “Johnny Appleseed,” Sally then becomes a part of Guesser One’s empire/team. Guesser One then gets another guess, in which Sally can assist, since they have now become a team. Each time a student guesses correctly, the student they guessed (as well as anyone else in their empire with them) becomes a part of the correct guesser’s empire/team.

Guessing WRONG: If Sally did not write “Johnny Appleseed,” then it becomes Sally’s turn to guess and ask who wrote a particular name. Each time a student guesses incorrectly, the student they guessed incorrectly then gets a turn to guess someone.

This continues throughout the entire game until one person has every single player on their team (a winning empire). That student is the Emperor!!

Remembering the Names: If students have trouble remembering the list of names you read at the beginning, you can have them write down as many as they remember on a piece of paper, which they can refer to as they play. To further simplify the game for younger players, the Reader could also write all of the names on the whiteboard after collecting the slips of paper.

Happy End of the School Year, Everyone!

For more games, check out these awesome (educational) options from The School Box.

Kelli Lewis is a graduate student at The University of Georgia and a frequent contributor to A Learning Experience.

A Skit! (bring the Revolutionary War to life in your class!)

Skits, anyone? I always strive my hardest to make lessons and activities hands-on, engaging, interactive, and interesting because I feel that is how students learn better and learn more. I taught a week-long unit on Paul Revere and wanted to find a way to incorporate some acting for the students to perform. I searched online but found nothing. I ended up writing my own script. My class did the skit several times, to ensure that all students received a part. The students broke into groups and practiced their parts with other students who had that same part.

Narrator 1: Hey, what are you doing?

Narrator 1: A tea party? In Boston? When?

Narrator 2: No, silly. The Boston Tea Party happened a long time ago during the American Revolution.

Narrator 2: Well, the colonists were tired of King George III.

Narrator 1: What was so bad about King George III?

Narrator 2: Well, for one thing, he lived in England over 3 thousand miles away from the colonies. He was making laws and trying to rule the colonists.

Narrator 1: Were the laws fair?

Narrator 2: No, so the colonists protested.

Sons of Liberty 1: Listen here, King George III! We have our own laws!

Sons of Liberty 2: And we don’t want yours.

Sons of Liberty 3: We already pay a lot of taxes!

Sons of Liberty 2: We should not have to pay a tax on tea.

Narrator 1: Then what happened?

Narrator 2: Well, a man by the name of Paul Revere led a group of colonists. They called themselves the Sons of Liberty.

Narrator 1: What did they do about the taxes?

Paul Revere: Listen, men, why should we pay taxes when the king does not listen to our opinion?

Sons of Liberty 1: Yeah, no taxation without representation!

Sons of Liberty 2: Let’s do something about it!

Paul Revere: How about we form a secret club, dress up like Indians, march on board the ships, and….

[Sons of Liberty 1,2,3 and Paul Revere dress as Indians.]

Narrator 1: Wait, you mean they wanted to dump the tea from all of the ships?

Narrator 1: How would that end the tax on tea?

Narrator 2: Well, if all the tea was destroyed, then no one could pay taxes on the tea.

Narrator 1: That would get the king’s attention!

Paul Revere: Ready men? Tonight we take over the ships.

Paul Revere: Grab every pound of tea and throw it in the ocean!

[Sons of Liberty 1,2,3 and Paul Revere grab all of the tea bags and throw it overboard.]

Narrator 1: It sounds like Boston was a real hot spot in the American Revolution.

Narrator 2: Yeah, the scene of a very famous party!

Kelli Lewis is an Early Childhood Education graduate student at the University of Georgia whose great ideas we are honored to share on A Learning Experience!